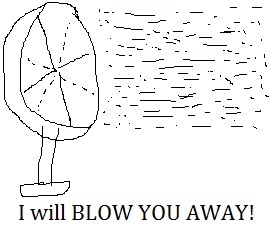 Kongdoo Starleague:
- Ro16 Preview- And It Was All Yellow
- Ro8 Preview- The Elite 8
- Finals Preview- Bring out the Kong
- The First King of Kongdoo: Finals Recap

+ Show Spoiler [BW Pathing 101] +
On September 20 2013 22:39 Freakling wrote:
Your overall conclusions are sound, but your descriptions of how terrain, path finding, unit orientation and collision boxes work and interact in SC1 is just plain wrong.

Your analysis of how the tiles (or grids, as you call them) of the terrain interact with units is. well, just utterly wrong. Units do not "try to sit on top of a tile" as you claim. All that "bobbing around" of units is just because one collision box gets in the way of another.

And those pictures are just bad and totally improper to explain anything about the structural basics of pathfinding in BW.
Here's another picture, directly from SCMDraft (map editor), displaying the important aspects much better:

green: terrain tiles
grey: sub-tiles (these are the relevant ones for pathing; each tile is made up of 4x4 of them)
red: collision boxes of the units. For ground units (except workers with mining command) these are not allow to overlap under normal circumstances, and if they ever do, resolving that becomes highest priority action for the moving algorithm, before any other action. This is why worker drills can disrupt units from attacking.
greyed out areas: unwalkable sub-tiles, collision boxes of ground units are not allowed to overlap with these under normal circumstances, resolving terrain collision has priority even over resolving unit collision (although it is possible to transition unit collision into terrain collision, as demonstrated in the Blue Storm video). As you can see from that picture alone, there is no difference at all between Dragoons, Vultures, Goliaths and Siege Tanks. they all have the exact same collision box and thus behave identical as far as pathfinding goes. So why does one need to micro them (and against them) differently? - Because of other differences like:
- unit orientation: vultures always point in a certain direction, to have them ready to fire one must make sure they face the direction of the target. That's why they work best with patrol micro (patrol basically gives them a direction order on top of an attack order), dragoons on the other hand have no orientation, so they are always ready to fire and can be microed by hold position. Tanks are kind of in between, in that they are basically two units in one, one chassis and one turret, each with an orientation of its own. The chassis is facing into the moving direction, but the turret can still rotate freely and stay locked on a target in reach, thus resulting in an overall unit behaviour that is closer to that of the dragoon than the vulture. Goliaths also feature a turret, but a less mobile one that can only rotate a small angle, thus requiring the whole unit to be aimed at a target to attack
- attack animation: A dragoon has to stand still for a while to "cough up" that lightball of his and giving it any new order before the projectile is launched will disrupt the attack, Vultures on the other hand fire instantly, if facing the target, and thus can keep moving constantly. Tanks and Goliaths also pretty much fire instantly.
- unit speed and acceleration: units don't just stop when ordered to do so, but have a short phase of deceleration. This is relevant when using fast firing, fast moving units like vultures, because it means that they can fire while still moving and just keep moving, when given another move command right after the attack (also important for muta and shuttle micro, for example)
- rate of attack: Goliaths pretty much fire one attack after another in rather short succession (not quite like Corsairs, but still...), whereas Vultures, Dragoons and Tanks have really long attack cooldowns, which is why the latter three are much better, or at least easier, to attack-move-micro.
- projectile type: Goliaths (vs. ground) and Tanks do not have projectiles, their shots hit almost instantly. Vultures and Dragoons (or Goliaths vs. air), however, fire projectiles that only apply damage once they hit the target. This means that their attacks can be dodged by "removing" the target, like loading it into a transport or bunker, it also means that they are more prone to land overkills, i.e. fire more projectiles at a target than would be required to kill it (tanks do this too, however, especially in siege mode.).

+ Show Spoiler [Quotes] +
On December 01 2004 03:17 Keanu_Reaver wrote:
i think zerglings should be able to jump. not to attack air units but just to be able to jump onto cliffs or over zealot walls or terran wallins and the such. they could also jump from island to island (making 6pool on isles viable) but if they miss they drown.

On January 14 2014 10:37 Mandini wrote:
Your birthday is not the time to hate on anime. Just be like Bigfan for the day and love everything.

+ Show Spoiler [def'n] +
For the record, I mostly consider sexual situations such as going to the beach in bathing suits etc... as fanservice. Characters just holding hands, flirting (verbally? lol) etc... aren't that big of a service and I don't consider them as such. Characters hugging? really depends on how it's presented (some cases, it'll be obvious that its fanservice, other times it's just a quick hug).

If I am to believe wikipedia, then fight scenes, violence and long, full shots of robots in mecha shows are also fanservice lol but I don't see them as such. It's not like I gush at any of those and violent scenes like that episode 2 in Akuma can turn me off an anime so ya, I think I have my own definition of what fanservice is.

Btw, I don't hate monogatari, where did you hear that? lol. It's ok so far. I think some parts are humorous and I plan on watching some more of it before I say whether I will continue or not (I might just watch an arc a day or something). As an extra point: + Show Spoiler +
2nd episode of monogatari, even before anything is done, crab is already showing the MC herself when she is in her underwear and such. She says it's to thank him. It would be understandable if she's been helped already but it felt really out of place. I guess not having much people to talk to does that to you lol but ya, I don't hate it.

What episode 14 ? it started to diminish like episode 4 of the show. Instead of focusing on the survival,dark , action-packed,fantasy part of the show which what was introduced in the beginning. They suddenly turned it into what every SOL anime is like with all the + Show Spoiler +
"let's get married" fanservice, "let's spend the honeymoon together in some beach " fucking fanservice.

Where is the grimmy, action, survival show that the show advertised ? Yeah the occassional fight scene's were great but everything else was shit..

Kirito at the beginning was like a cool, strong independent character and asuna was so badass. I don't mind romance between them as long as you know they didn't goddamn focus the romance like i am watching chunnibyou instead of some virtual action fantasy.

Basically everything that was introduced in the beginning of the show that hooked me in was not retained. They replaced it with what every single mediocre action,fantasy anime has shown that involved a harem. A really shitty whiny MC, a helpless female character and every single awesome part of it was turned into garbage . I am thankful that the fight scene were still quite good even when Kirito's plotarmor is unbelievable.

Well to be fair the LN was also like that so there was nothing to complain about since they are just following the source material.

Enough with the SAO rant. It's clear that i hate SAO.

lol ok bigfan .. i just assumed you hated it since you don't talk about it and i thought it was one of the shows you like

I thought i emphasized that clearly when i mentioned about the statement of VN readers. Welp i'll do a better job next time sent.
lol goody. You clearly hate SAO XD + Show Spoiler +
I'll agree that it was bizzare for them to just pick up and leave from the battlefield however they wanted a break from it all. That should be understandable considering they've been grinding away for months at that point. If you were to say that the second half needed work, I would agree but the first wasn't that bad lol. Agree to disagree?

@bolded wait, I'm confused, so did you assume I hate or like monogatari? lol.

I know i am not supposed to enjoy the so i gave it a try. Surprisingly i got entertained by it and i will keep watching until it's unbearable.
On June 15 2014 10:13 andyrau wrote:
emiya was too annoying to watch the entire series
maybe watch the unl blade works movie instead?
He may be right.

Unlimited Blade Works is mediocre but should be fine. Compared to the series i was cringing the hell when i was watching FSN series. Emiya is fucking annoying.

Just bare it until episode 6 then its okay to drop the show. I think you'll like it.

@BigFan there's a difference between hate and dislike I just believe you would dislike the show.

Edit: Inugami-san to Nekoyama-san so much diabetes everywhere.
on the fence right now. Will wait and see before deciding whether I dislike it or no. It's quite possible I'll dislike it given Sent's statement.

You hate it.
OBJECTION!

seriously, though you can't decide for him how he feels.

do you puke rainbows?

We need more bigfan clones so that positivity will reign supreme in TLADT. The lesser gloomy stuff the better.

On June 27 2014 22:56 Paljas wrote:
can comfirm, i only watch sc2 with a laptop on a cemetery, otherwise it just doesnt have the right atmosphere

It's just a shame Moyes wasn't in charge of them.

Translation:
"Last question from elSierd after Bra-Neth to Arjen Robben: 'Where are you going for vacation?' Robben: 'Diving in Mexico'. Straight face. He's good."

On July 29 2014 14:22 Chameleon wrote:
Well yeah, but the reaver will only kill you the 5% of times the scarab actually stops and asks for directions before it runs out of gas and derps out on a mineral or something.

"Gosu like Flash": hey guys check out my awesome new camera
"Jadeong in BW!": I visited MLG Anaheim, and took some great grayscale pictures for you guys
"2 port master": the tale of how I solved my issues installing two SSD drives
"Leta is back!": Brilliant performance in Dallas Buyers Club! ... guys how do I edit my typo in the title?
"3 hatch": triplets!
"stop lurker": hello guys this is my first post
"Fantasy Mech Switch": If I could design my own mechanical keyboard...
"sonic dies": so I wrote some Nintendo fanfic...
On September 05 2014 01:04 Djzapz wrote:
We can imagine an utopia wherein people are respectful to each other, and we can imagine riding fucking unicorns to Mars to have lunch with Duke Fucking Wayne.

Let's discuss how Idra could end up being South Korean on Liquipedia.

This will probably be the biggest hit or the biggest miss if the movie is shit(Tamako Love Story) in my entire anime watching experience.

On September 27 2014 08:06 Toadesstern wrote:
wow and here I thought I was the biggest shitposter around

+ Show Spoiler [Valuable Quotes] +
On September 11 2014 05:34 pheer wrote:
When I was at college I connected to bnet through a free VPN called hotspot shield. Maybe it still works? http://www.hotspotshield.com/