So hype for this, it's been to long!
Rip Lambo 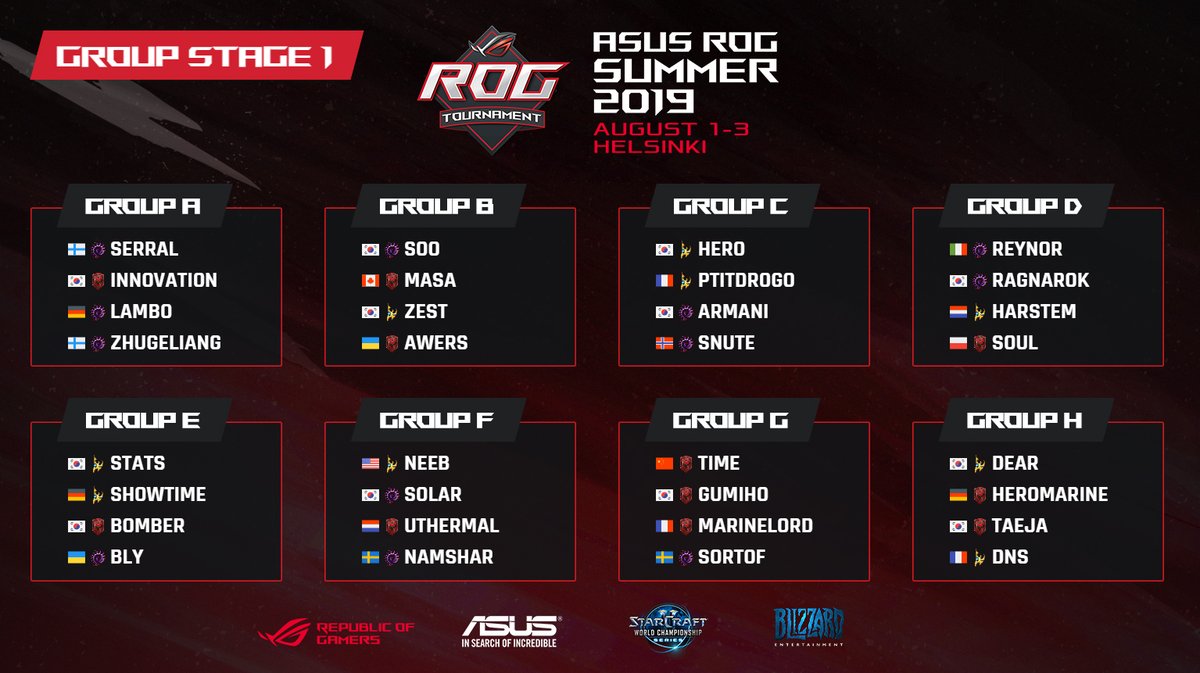 good lord thats an awful pic
Great write-up, thanks! This looks like a super exciting tournament, can't wait. This and GSL vs the World will provide a lot of food for debates ;-)

Just a minor correction: Reynor won 4-2, not 4-3, at WCS Summer. Which is significant, because it makes Reynor the *only* player to beat Serral at a premier event final without having to go into a decider, and it's Serral's first Bo5+ offline loss since he got bopped by Maru in March 2018 that is not going to the full match length.
Serral vs Inno in the very first group of the Ro32?

Tournament organizers are cutting right to the chase.
All the groups look really exciting which is nice to see. Most groups have 2 fairly favored players but still have 1-2 other players capable of an upset (and almost no groups have an obvious first place player)
On July 30 2019 08:13 Need wrote:
Rip Lambo

You mean RIP zhugeliang, right?
Really tough group for HeroMarine
Nice to have SC2 at Assembly again
On July 30 2019 08:14 GreasedUpDeafGuy wrote:
good lord thats an awful pic
How dare you
No Maru ?

So this is why Stats is practicing his English.

Maru is the good guy in Starcraft. He always loses before he can meet and dumpster Serral. He doesnt want to kill the hype