Must Watch Matches: Round 2, Week 1

Hipster (glasses) Match of the Week:
MVP vs. Prime

MarineKingPrime is back! After an ill-fated attempt to turn pro at League of Legends, MKP has un-retired from StarCraft 2 and returned to the game that won him fame, fortune, and the love of fans everywhere. Rumors of MKP's return were circulating ever since he was sighted high on the Korean ladder weeks ago, and it appears that he's already put in enough work to be battle-ready. Prime are immediately throwing him back into the fray, placing him as their starter in their first match of round 2. 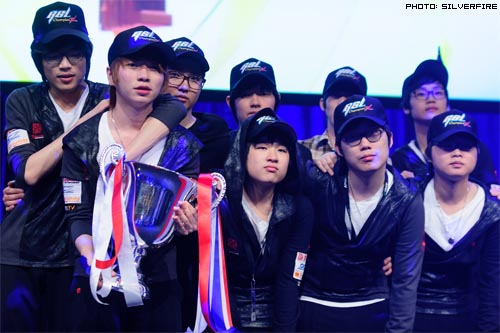 Did you know you can make PRIME fans cry with one image?
In a bit of unintentional hilarity, MarineKing will be making his return against Team MVP. Those three letters will send shudders down the spines of any MKP fan, but luckily this is MVP the team, not the player. MarineKing has to be pleased with facing Dream in his Proleague debut. TvT was always a match-up he excelled at (except when facing Mvp), and Dream has been in a bit of a funk as of late.

While this is a match is must-watch TV solely due to MarineKing's SC2 return/Proleague debut, it doesn't offer much outside that. MVP and Prime were the two worst teams last round, and neither made improvements that make you think they'll be challenging for playoff spots. But hey, we've seen plenty of unexpected results already this season, and it might be worth checking this match out to see how everyone has improved over the break.

Rain
Ace: Polar Night LE
After being basically a Protoss-only team in Round 1, (ST-)IM(-TL) now suddenly have one of the best Zerg lines in Proleague. With players like ByuL, Life, Curious, and Pet on the roster, you might even see them pull a Samsung and play a 4-Zerg line-up in the right situation. This takes some pressure off the Protoss line, who are getting a much deserved break against SKT.

SKT is up to something fishy as well, deciding to field team captain

FanTaSy. The Terrorist Terran was basically a non-factor last round, with the exception of one game against TRUE which was as insane and scrappy as you'd expect from their now famed rivalry. It wasn't surprising to see Fantasy relegated to the bench if you saw his GSL performances, so you have to wonder exactly why he's being fielded here. IM were playoff contenders even before they teamed up with Startale, so Fantasy has either bribed the coaches or made serious progress in practice to get the start in this match.

As if Fantasy being fielded wasn't enough, he's going up against one of the most entertaining players to watch in the ZvT match-up -

Life. Life, too, has seemed troubled lately, taking a tough loss to Squirtle in Code A and only narrowly advancing by beating ParalyzE twice. But while Life may not be the superstar he was in 2012, his ZvT is still fearsome. A match between Life and Fantasy has the potential to be a great, but their inconsistency could also make it a trainwreck.

This is a very winnable match for IM if the Startale players can play to their best. Other players have been shaken in their first Proleague appearances, but Startale's players are some of the most experienced in the entire industry. I think they will play up to their potential, which should make this match an excellent one. 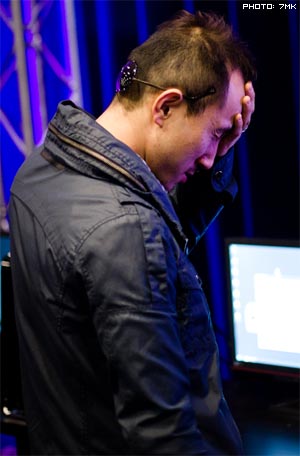 This is a match-up between two intriguing teams that are capable of anything. Both were considered playoff contenders in round one, but only Jin Air managed to barely claw their way in while CJ completely and utterly flopped.

Their rosters are full of talented but inconsistent players.

CJ_Bbyong was unceremoniously benched for most of round 1, but has made it to the Ro16 in Code S. WCS Global Champion

JinAir_sOs went an abysmal 2-7 in Round 1, but also finds himself in the Ro16 of Code S.

JinAir_Rogue has been all over the board, going on an absolutely monstrous streak in the IEM WC qualifiers but has failed to be a clutch performer in Proleague.

And then, of course, there is

Maru. The MarinePrince was the Most Valuable Player of round 1, and is one of the two Terrans still remaining in Code S. He made a living off beating Protosses with his ghostless style, but has recently struggled against Protoss players who have mastered the defensive arts. If Jin Air is to be a playoff contender in round 2, they'll need to hope that Maru's round 1 was not a flash in the pan.

So what does all of this say about the match at hand? Like SKT vs. IM, it could provide us with extremely high level games, and it could also be a series of disasters. It's impossible to predict which sOs will show up on any given day, or if Bbyong will wreck face or get wrecked, but that's what makes this match so damn interesting. Every map features at least one player who could flip a switch and show us world class play, and that's exactly the kind of thing we watch Proleague for.

The first week of a new season is always difficult to predict because of the changes teams go through during an extended break. Just look at what happened to CJ and Samsung between seasons! Similarly, a lot of these teams have had a long break due to Lunar New Year + Playoffs, and it's not unreasonable to expect hot performers from round one to cool down, and a few benchwarmers to become valuable starters. I'll go out on a limb here and say the final week of round 2 will look very different from round 1.

The impact of Startale players will play a huge factor, with IM having the potential to become a real championship contender. The performance of players like Maru and TY will be important as well, as their teams would have dropped 2~3 places without them last round. Also, don't forget about players like Rain and sOs who could bounce back from disappointing showings in round 1.

Going to be so sick to see MKP back in action!
let's go PRIME
Samsung Galaxy Khan < CJ Entus
oh zealosuly, dont you ever learn?

nice preview!
MKP SDFDKGJDFKGJDFGF MKP ASDSDFSDFSDFSF YEAAAAAAAAAAAAAAAAAAAAAAAAAAAAAAAH
Return of the king! I hope the outcome isn't the same as his last gstl appearance, where he basically lost every game that season, when prime played the same 4 players each time.

HYPEUUUUU seriously so pumped for this round. My FPL team is either gonna be really good or fall flat as well so that adds a little to the excitement. Gogo IM, Jin Air, and MVP!
Yeah it's really difficult to get the right FPL team and predict much this time. Gonna be really interesting. Well I'm hyped and happy it continues. There is nothing better than waking up and watch Proleague on a sunday

.
I can't believe you guys said nothing about Stork vs Flash!
The time doesn't work out that well for me if I have class early the next day

but sometimes I just go full passion mode and get I sleep
Wow, return of the terrans. Let´s see what it´s worth.
holy shit, so hype! I think I write it in almost my every second post, but I just LOVE Proleague!

double the value
IM-ST should really be one of the top contenders this round. I mean, they lack a really strong Terran (I have no idea how strong MVP is nowadays), but their Zerg/Protoss lineups are just sick.
And Life gets to play a Terran (Thank god!).

Gonna be a great round!