bITt.mAN's Public Profile:
This is basically where I dump every cool thing I find on TL

Dear GOD this is messy!
[spoiler=OLD, needs re-working]+ Show Spoiler +
And before you go any further, do take a look at my attempt to revive my national scene 5 years too late:
http://www.teamliquid.net/forum/viewmessage.php?topic_id=233733


Stuff I haven't found a way to bring to the innocent eyes of the SC2 generation:

I wanna bump this http://www.teamliquid.net/forum/viewmessage.php?topic_id=117157&currentpage=12

AH, this is AMAZING: javascript:var%20s%20=%20document.createElement('script');s.type='text/javascript';document.body.appendChild(s);s.src='http://erkie.github.com/asteroids.min.js';void(0);

AH yes, then there's by upcoming blog about being the better man http://www.teamliquid.net/forum/viewmessage.php?topic_id=103834&currentpage=23#441


Tell me a story, about HovZ and Nextel

Best Fantasy Pic (I really need to make a compendium of these): 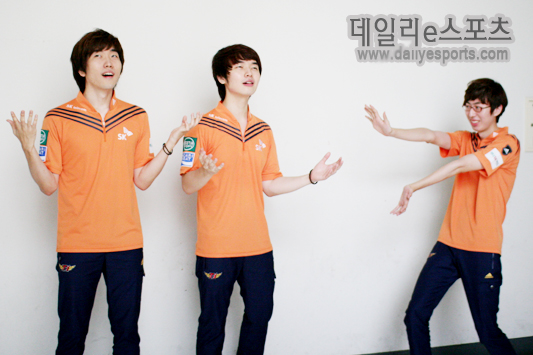 + Show Spoiler [I need more of these!] +
http://images.fastcompany.com/upload/zeo-Sleep-Infographic-FFunction.jpg
+ Show Spoiler [Here's an outta da world experie…] +
Listen to "Maggot Brain" By Funkadelic
And at the same time, with volume on max, relax to the highest extent and let your mind wander, fantasizing and wondering about what the future holds, and all there is yet to be done.
While listening I like to look at kickass pictures of different space phenomena (TY "Freelancer" !) or Futuristic architecture:
These are just links from an easy Google image search, try yourself or mine http://www.tuvie.com/search/ocean architecture
http://news.architecture.sk/
http://www.worldarchitectnews.com/architectural-concepts-bridge-of-the-future/
Think about it http://i.imgur.com/afca6.jpg
[img=http://i.imgur.com/xblF4.gif]
+ Show Spoiler [hooligan streamchat rhymes] +

Bitt_man: marineeees, penieeeee
» thug life on da creep/ cerebrates got needs/ last week at the hatch/ one made me conceed mah weed"
» gotten from extactors/ supports criminal factors/ west side of tha map/ we'll all get smacked
» popo scan from the skies, find my burrowed peeps/ unda ground mean nothin now, irradiate's on me
» life as a lurker/ this aint the suburbs/ get swarmed fast// or die tonight
» rines wit U-238, partollin da streets, how'm I supposed ta hustle when they pump up all mah musscie with flack
» in this life without spell support, ya whacked
» I'd rather get some S T Ds, than have defilers EMP'd
» I wish I'd grown up a hatchery, consume wouldn't bother me
Pupa555: plague is pretty much just hiv on stims
Bitt_man: but as a zergling ya mind is hurtlin, defilers dun catch meeeee
Bitt_man: this is hao we do, fast expand to the bed and go all in too
Bitt_man: shit mothafucka, I forgot D-matri-X, got this shawty in mah bed, but nao dun wanna mate this
Bitt_man: gotta D-Web her up, 'fore she Yamatos, the first crack in Toureeettttts , means the door for THIS hawtie
» if a homie on da block, plays like a korean, u gonna get sum h@ters wishin they could just be him
Bitt_man: mad styles 'n shit, from Switz-er-land, across tthe web with the intent, of blowin ur mind
Bitt_man: mah internet makes bitches wet, when I type SLASH-P (background: "/p !")
Pupa555: jealous i got too much lat to play
brood war it up with goons 'n ManLots, then they're scared of me

On August 29 2012 22:51 qtiehunter wrote:
Show nested quote +
On August 29 2012 19:13 cari-kira wrote:
you can decide for yourself what is real.
the people you meet in your rl or the trolls (which exist in great numbers in the internet, thats because they use it as emotional trashcan) in the internet.
answer should be obvious for everyone that still has a connection to reality.
hint: You actually have to pay quite a high monthly fee in OUTSIDE; exploring only comes after you provide some cash; the NPCs' AI tends to be pretty awful -as opposed to "incredible"- in most of the cases; the vast majority of the 56.400 character archetypes are basically the same, with like a 0.1% of difference between eachother; the PvP has major imbalance regarding your starting race and social status; the graphics are for the most part repetitive and uncreative, and the resolution could be much better almost everywhere.

Seriously, stop hyping this OUTSIDE game. World of Warcraft, to say something, is much better.
[/QUOTE][/img]
Live Events